Following a 2018 UK attack, the U.S. Department of Health and Human Services released new guidance to first responders nationwide for Novichok chemical warfare agents (CWAs). Chemical Warfare Agents (CWAs) have continued to evolve from Chlorine gas in World War I to G-series agents in the 1930s and novel agents used in the UK.

Technology must evolve with these threats to ensure responders can quickly and safely act to protect the public. MX908 has expanded its CW Hunter Mode to include A-series agents, also known as Fourth Generation Agents (FGAs) or Novichoks.

Developed to avoid existing detection technologies, Novichok agents are more persistent than other nerve agents and at least as toxic as VX; some estimate as high as 8 times as toxic. There is a significant risk of cross contamination, so secondary exposures can be just as deadly and difficult to identify. Potential delayed onset of symptoms makes early detection even more critical to minimize casualties, limit the spread of contamination, and conduct appropriate decontamination.

HazMat and military chemical response teams need quick, confident answers in the event of an attack to minimize casualties and limit the spread of contamination. Until now, response personnel have had limited capability to detect and identify Novichoks in the field. The MX908 is the only commercially available field device that can identify Novichoks at trace levels and deliver results within 60 seconds, expediting response times and increasing both public and responder safety. 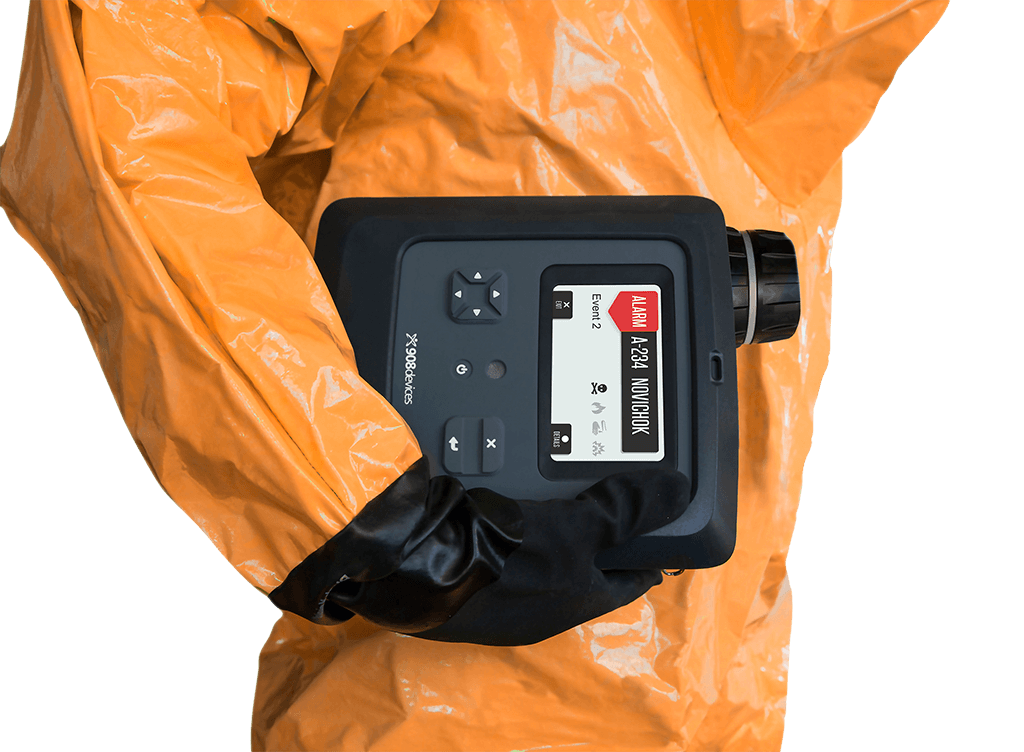